Haunted places you can visit in Cardiff 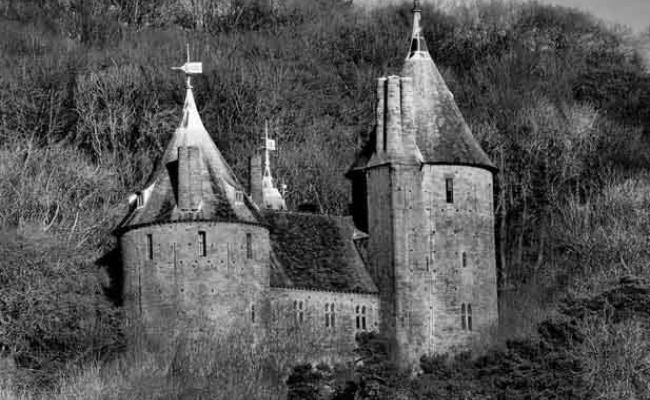 There are some chilling tales from Cardiff’s history. There have been exorcisms, unexplained disturbances and ghostly sightings. We have put together some of the legendary whispers and eerie buildings of Cardiff’s ghost stories. Read on, if you dare!

Cardiff is full of fascinating history, but did you know that there are some chilling haunting tales? We have put together some of our favourites, and you can visit them all on your next trip to Cardiff.

Did a Victorian woman appear at the Wales Millennium Centre?

A short walk from Future Inn Cardiff is the Wales Millennium Centre. Even though the area has now been revamped, the Cardiff Bay district has a dark and sinister past. It was once one of the busiest ports in the world, and there has been countless murders, riots and violence.

In 2009, Google footage needed to be examined as it appeared that a woman dressed in what seemed to be Victorian looking clothing appeared to be gliding above the pavement. She wore a long skirt and blouse, bow tie, hat and scarf. Experts that have studied the image cannot account for her presence. 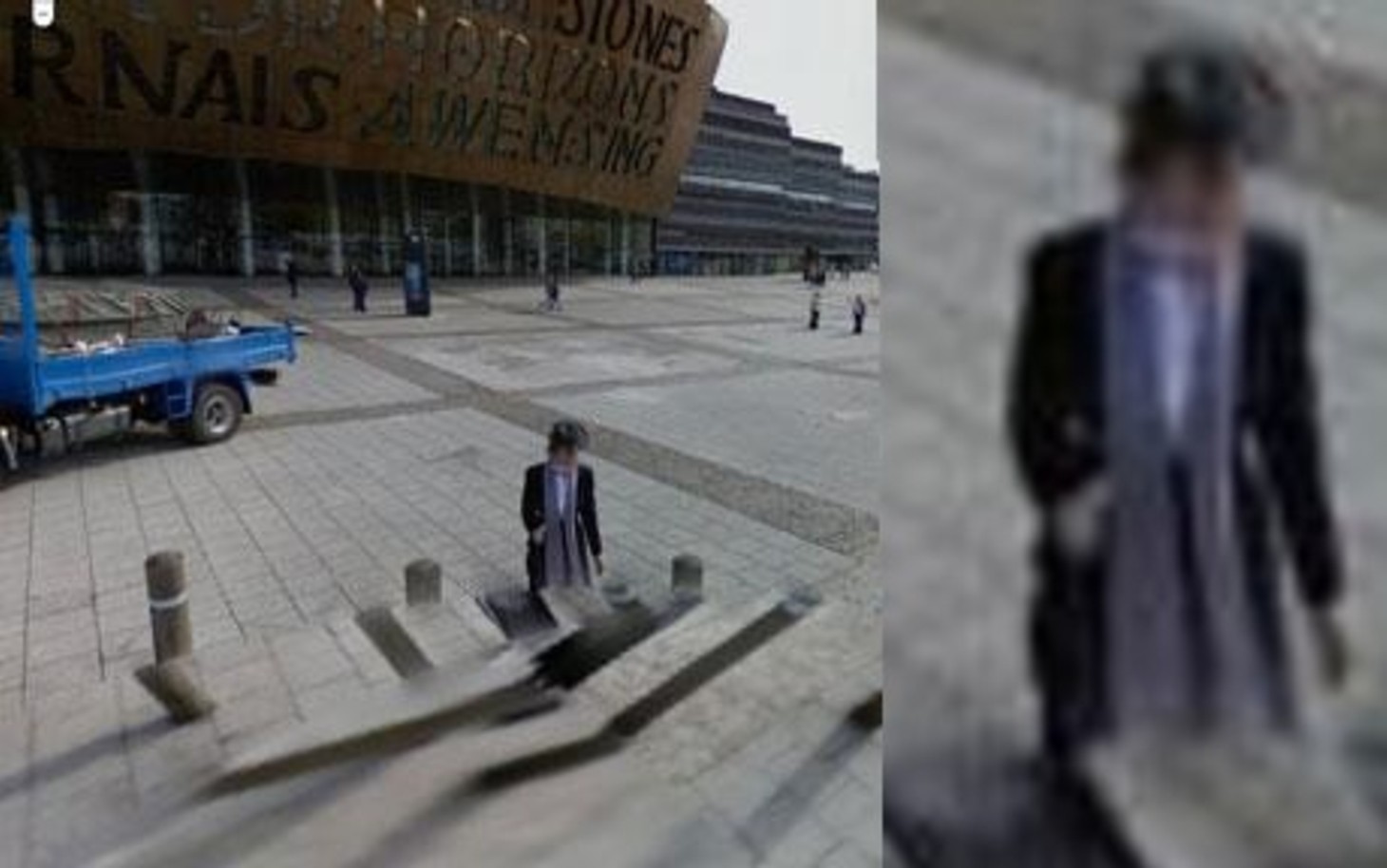 An angry architect at the National Museum of Wales

With so many old and historical artefacts, it is, of course, plausible that some of the objects are haunted. It is believed that the National Museum of Wales is haunted by at least two ghosts.

The building’s architect was Dunbar Smith. Following his death, his ashes were interred at the museum. When the museum was renovated to install public toilets, these were built on the site of where the ashes are buried. The installation is said to have enraged the spirit of Smith, and he now takes revenge by haunting the museum’s corridors. At night he causes a commotion, including clattering furniture and other objects. A recording of a ghostly voice has also been captured saying, “the wrong place! The wrong place!”

The other ghostly figure is that of Lord Ninian, who was a son of the Third Marquis of Bute. He died in action during the first World War, aged 32. There is a statue dedicated to him in the Gorsedd Gardens, and it has been reported that his presence has been felt – particularly on election night.

Does a phantom coach and horses appear at Cardiff castle?

There is no surprise that the walls of Cardiff’s historic castle are filled with unnerving tales. Legend has it that Cardiff Castle has a significant amount of paranormal activity. Ghost stories include items in the stock room moving around by themselves. There is also a faceless woman who roams the castle, and a phantom coach has also been seen travelling towards the castle gates.

At 3.45am precisely each morning in the main dining room, the doors open and close by themselves, even if these heavy doors are locked. The same place also experiences lights flickering and furniture being re-arranged. 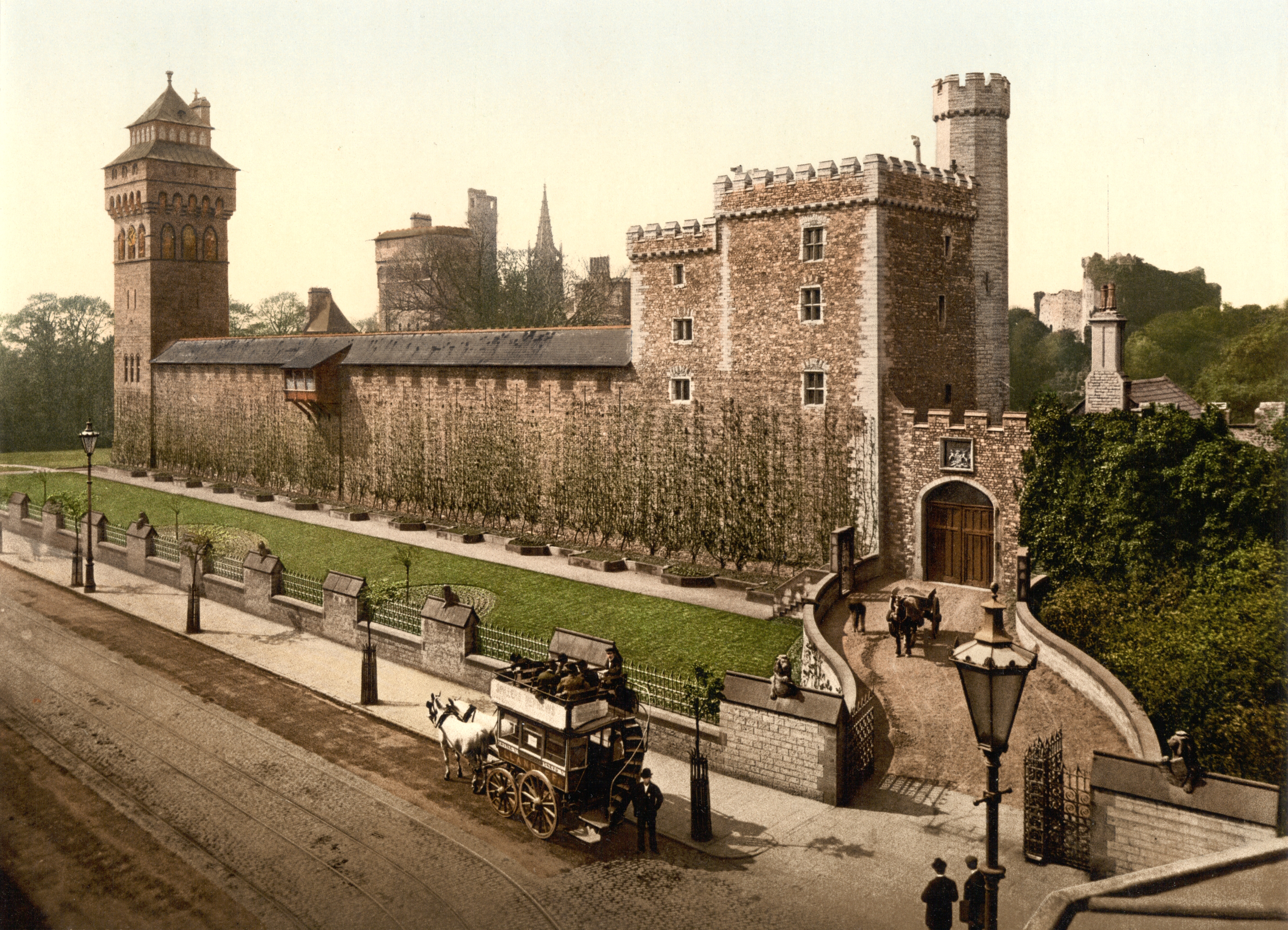 A ruckus at the Rummer Tavern

The tavern was built in the 18th Century, but its narrow shape indicates that it was built on a medieval plot. A rummer is a large glass or cup for wine, which originated in central Europe in the 16th Century and was associated with toasts. Over the years, several staff and customers have reported seeing or experiencing ghostly presences in the Rummer Tavern, most often in the toilets and the cellar. It is said that a jealous sailor died in the building shortly after finding his wife in bed with another man and continues to haunt the tavern to this day. How he died is not documented so was it murder, suicide or a broken heart that killed him?

An exorcism at Cardiff Royal Infirmary

As a hospital, you can expect an unfortunate death or two, but it has its fair share of haunted happenings. Opening in 1822, Cardiff Royal Infirmary on Newport Road, has nearly 200 years of unexplained paranormal sensations. A security worker gave an account when monitoring the cameras. He saw a lady come out of the security office and pass right in front of him on the monitor, but directly in front of him the was no-one there.

If this was not spine chilling enough, there are also various accounts of vanishing matrons, wounded soldiers and playful children who like to tap you on the shoulder or ankles as you walk up the stairs. It got so bad in the Pathology ward that the doctors and nurses had an exorcism. It was never divulged what the staff had experienced. Still, it was enough for them to seek professional help for something that clearly frightened them.

The ghosts of Llandaff Cathedral

With the Cathedral dating back to the 11th Century, it is understandable why Llandaff is one of the most haunted spots in Cardiff. Behind the Cathedral, there used to be a village and road, which was called the ‘road of the dead’. Bodies were carried along here to be buried in the graveyard. In the cemetery of Llandaff Cathedral, visitors have reported seeing hooded or faceless figures, and even witch-like demons. Other sightings have included soldiers, monks and priests. The sounds of children have also been heard by visitors. As well as them playing or peeping from behind trees and gravestones.

A boy in blue drowned when playing in the River Taff, and the ghost of the boy’s mother has been seen wading through the water, desperately searching for him. On the paths themselves, eerie footsteps have been heard and reported sightings of a lady, who locals call Bella, who committed suicide over 100 years ago. 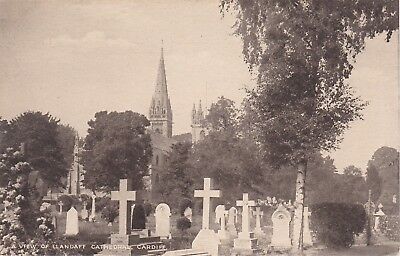 Many people forget that amongst the historic buildings that have been relocated from all over Wales, that there is a Grade I listed castle, St Fagan’s Castle. It is known as the most haunted museum in the country. It is said that the restoration of the village disturbed the ghosts, and they have now returned to their former home.

Besides the main house, the most haunted building is the Elizabethan House. There is a bed there, where a woman and her baby died in childbirth. One visitor who touched it was so overcome she had to be carried out of the building. It is also a site of a Civil War battle, which took place in 1648. Over 200 men lost their lives, and ghostly echoes of fighting have been heard. In 2016 a mum taking a picture of her young son even ‘captured’ two of the soldiers in a photograph. 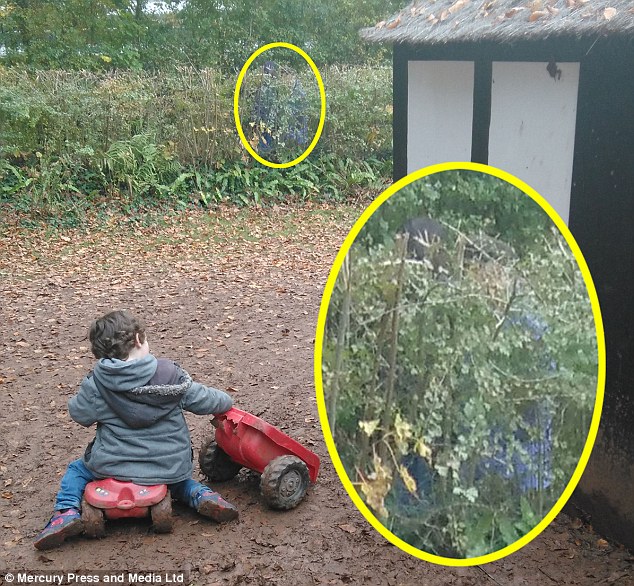 A white lady in the red castle – Castell Coch

Castell Coch or Castle Coch was built on the site of 13th Century ruins. Reports exist of the ghost of a white lady believed to be Dame Griffith who haunts the ruins. Even the rebuild did not drive her away. She has been seen more frequently since the renovations, by both staff and visitors. Apparently, she died of a broken heart after her son, who was exploring the castle, fell into a pond and drowned. She wanders the castle and the wood searching for the lost soul of her son.

With its creepy corridors and dark dungeons, there are no surprises that there are regular spooky sightings inside Castell Coch too. The most famous local ghost story is the legend of the Castell Coch Cavalier. The story comes from reports from the servants of a lady who rented the castle as a private residence from the Bute family for a short period. Apparently, a male servant said he awoke in the middle of the night to find the ghost of a cavalier standing at the foot of his bed. Naturally, the servant had quite the fright but escaped unharmed. The cavalier is said to have hidden treasure in the walls of the castle before going off to fight in the civil war. Tragically he was never to return, except as a ghost who continues searching the castle grounds for what he had lost.

Hopefully, these hair-raising tales have got you in the spirit for Halloween. Whether you believe or not, there is no doubt that Cardiff is home to some of the most haunted and historic spots in the UK.

The hotel in Cardiff Bay is within walking distance of Mermaid Quay, and our Cardiff bay accommodation offers free car parking and free Wi-Fi to all guests. The hotel has 197 spacious, air-conditioned, en-suite bedrooms offering all the facilities and services you would expect of a quality 4-star hotel at affordable prices. Plus all rooms can sleep up to four people, which is ideal for groups and families.  Book direct for the best rates guaranteed.

After all that excitement, you might like to settle down somewhere that’s sure to be fun and friendly for a good meal or a couple of drinks. Thomas Bar & Restaurant is not known for being haunted by ghosts, but are haunted by a crowd of satisfied customers! Thomas is open for breakfast, brunch, lunch, evening a-la-carte dining and traditional roasts on Sunday. A warm welcome to any ghost-hunters in need of refreshment. Restaurant reservations can be made by calling 02920 487111, by emailing thomas@futureinns.co.uk, or online:

Future Inns are taking part in the online blog and article posting challenge #Blogtober which means we will be posting a different news article every day, creating new and exciting content for you to read throughout October. Did you know? Every day between two and four million blogs are written, as well as a whole host of news stories, articles, reviews and interviews.

A rugby fans guide to Cardiff

Flat Holm - A walk through time