Cycling in the golden glow 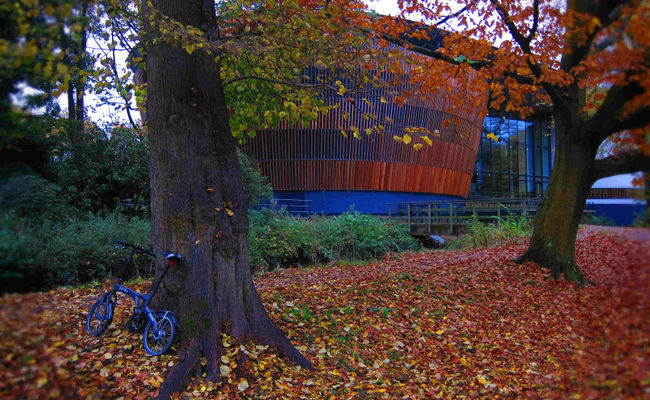 Now here’s a statement that will divide opinion; Autumn is the best time of the year to ride a bike. There. I’ve said it. I’m an unapologetic Autumn fan. The sun sits lower in the sky, bathing all it touches in a warm golden glow. Blizzards of leaves tumble from trees. There’s a cool nip in the air, a freshness that invigorates your ride and prevents overheating. In short, it’s a refreshing, beautiful time of year to enjoy any form of cycling.

For the Cardiff visitor there is much to enjoy and a ride to suit every taste. Mountain bikers will head toward the hills in the North of the City. Here the woods that subsume Castell Coch (‘The red castle’) offer plenty of thrills and opportunities to take your off-road endeavours further afield. Road cyclists will head to the rolling hills of the Vale and the beauty of the heritage coastline. But in this piece, we’ll focus on what Cardiff city centre can offer the family.

Future Inns is ideally located in Cardiff Bay, providing access to both the Taff Trail and Cardiff’s waterside attractions. To cycle into town, take the following route:

This relatively traffic free route will deposit you in the centre of the city, leaving you free to enjoy Cardiff Castle and Bute Park Arboretum. It will also place you within touching distance of the National museum of Wales (closed Mondays), some of the best shopping in the UK at St David’s 2 and the Hayes, a golden reminder of Cardiff’s Victorian past with its picture postcard arcades and ornate shop fascia’s.

Our Autumn tip is to concentrate on Bute Arboretum and the area around the castle. The arboretum is the city’s kept secret. Few outside of Cardiff will realise that the arboretum measures 56 hectares, contains over 3000 trees and home to the largest number of ‘champion’ trees in the UK (a champion tree is the tallest or broadest of its species). In the centre of all this greenery, you can enjoy quiet walks, castle views and a relaxed cup of coffee in one of the park’s three excellent cafes.

Once you’ve enjoyed the space and the botany, why not walk the bikes over to the city centre and meander through the Hayes? There’s shopping and lunch options to suit every taste, including the world’s oldest record shop (Spillers records, Morgan arcade). Just remember to lock your bikes up well (using ‘D’ locks or similar and always good practice!).Returning to the hotel couldn’t be easier either, with the Taff trail a short trundle back toward the Taff embankment or take the more direct route on the Bute Street cycle lane and cross into Lloyd George Avenue (with its excellent cycle segregation). We’ll be waiting for you at the end, with a nice restorative in the bar.

Of course, if you have a really, really adventurous family, then you needn’t stop at the arboretum at all. The Taff trail is only 55 miles long…..

Sustrans maps of the Taff trail are available in reception.

Photographs and words by Simon Nurse (@cyclestuffblog on Twitter).