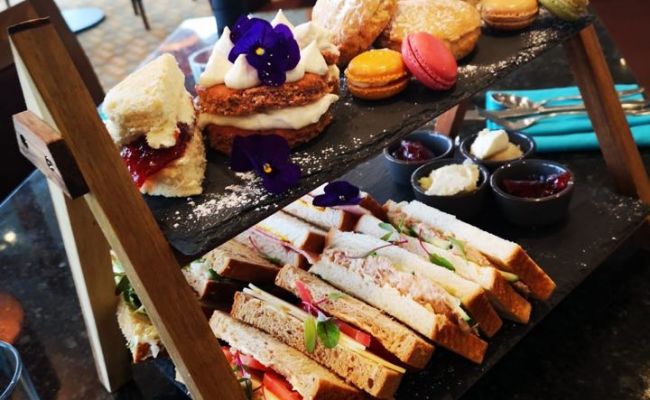 Afternoon Tea Week celebrates the great British tradition. These days there is a fantastic choice of quality you can indulge in. From quaint tea rooms to countryside venues, city boutiques or quality hotels like ourselves.

The Taste of Wales Afternoon Tea is served in Thomas Bar and Restaurant, Monday to Sunday between 1pm-5pm. The team use Welsh meats, cheeses and other local produce in the menu and make all of the scones and cakes in the kitchens including Bara Brith, Welsh cakes and macaroons. Alongside the spread unlimited Welsh brew tea, or coffee is served.  If you are looking for a unique afternoon tea experience in Cardiff Bay, then look no further.

Served in Fishbone Bar and Restaurant, our brand-new Traditional Afternoon Tea is launching during Afternoon Tea Week. We think it is going to be the best afternoon tea in Plymouth. With delicate finger sandwiches with classic fillings. Plus, handmade scones and homemade cakes using local Devonshire ingredients and produce. As well as unlimited freshly brewed tea or coffee. Bookings can be made Monday to Sunday between 1pm-5pm.

We think we offer the best value afternoon tea in Cardiff and Plymouth. Our homemade afternoon tea is priced at £12 per person. Children are also more than welcome to join you, with under 12’s for £6 and under 5’s free of charge.

How do I book afternoon tea at Future Inns?

Pre-booking is essential, as our Afternoon Teas are made to order; 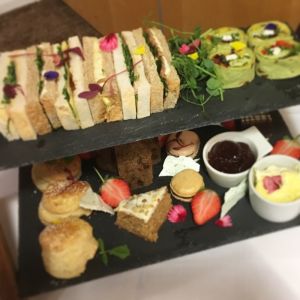 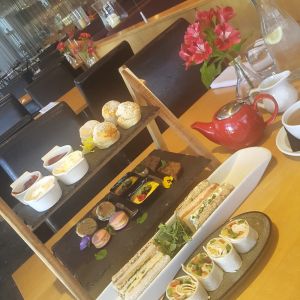 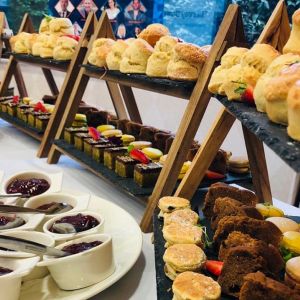 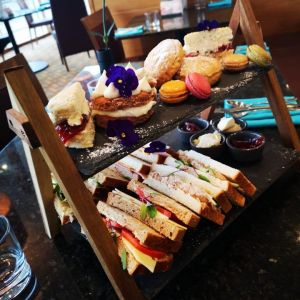 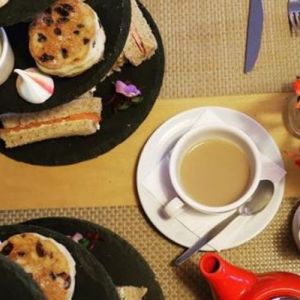 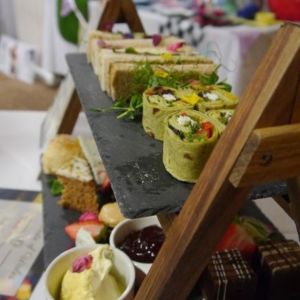 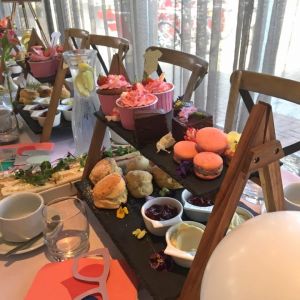 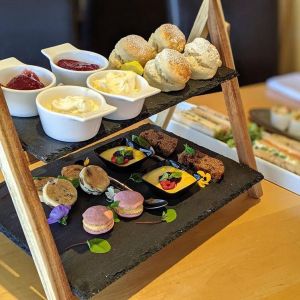 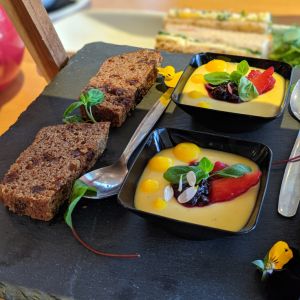 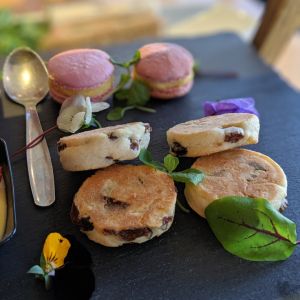 A quick history of afternoon tea and how it was invented

In the 1840’s the 7th Duchess of Bedford created the meal because she was hungry. At the time it was custom to eat a light lunch around midday and dinner late in the evening. It left a considerable gap between the two meal times. The Duchess asked her cooks to prepare some sandwiches and a slice of cake for her in the late afternoon, which she consumed with a cup of tea. Soon she began inviting friends to join her.  The custom was quickly adopted by the upper class before being filtered down the social ladder, especially after Queen Victoria took part in the tradition. At this point, the ‘Tea Reception’ was born, with lavish and fancy events hosted by prominent figures in society.

What are the differences in afternoon tea?

Often, customers are unsure of what is included in an afternoon tea or will use the wrong name, as each one has a different meaning. We thought we would help to clear things up:

What is in a traditional afternoon tea?

Traditional afternoon tea consists of a selection of dainty finger sandwiches and is served alongside a scone with clotted cream and jam, plus a variety of cakes and sometimes sweet pastries.

What is high tea?

It is believed high tea came from the fact that it was eaten at a table, usually by the upper classes, rather than comfortable chairs or sofas. These days, high tea is often a traditional afternoon tea served with prosecco or champagne, sometimes known as a sparkling afternoon tea. Also, it is more likely to be served with more savoury items such as mini pies, cheese and meats, or crackers.

How to eat a cream tea?

Have you ever heard of a gentlemen’s afternoon tea?

A very modern twist on the afternoon tea offering, a gentlemen’s afternoon tea swaps finger sandwiches for mini burgers, and scones and macaroons for Scotch eggs or stuffed Yorkshire puddings. It is not just for gentlemen; it appeals to ladies too looking for an alternative to cupcakes and puff pastries.

Can I book an afternoon tea for a birthday, hen party or baby shower?

Our popular birthday, bridal and baby shower packages are very on-trend. You can choose to celebrate in the restaurant or in a private room. For larger groups, the afternoon tea may be served buffet style, but it will bring a level of elegance and sophistication to your event.

If you require a gluten-free, dairy-free or if you have a medical allergy, please mention this at the time of booking. Those who need a vegetarian or vegan menu can also be catered for with prior notice. It may mean that your selection of sandwiches and cakes will be different, but we will make sure there is something tasty for you.