An inspiring year of commemoration across 12 destinations

Plymouth is a melting bot of historical sites, memorials and museums - alongside a vibrant cultural scene, stunning places to eat and some of England's finest beaches.  Sightseeing in Plymouth is easily done on foot; you can explore The Barbican, Sutton Harbour, Royal William Yard and The Hoe.

Plymouth has a reputation as a centre for voyage, discovery and military importance.  For more than a thousand years the spectacular waterfront has been a port of call or point of departure for adventurers, emigrants, merchant traders, soldiers and sailors.

On 16 September 1620, the Mayflower sailed from Plymouth UK with just 102 passengers and 30 crew onboard with what William Bradford, an English Separatist who became the American Plymouth Colony Governor, called “a prosperous wind.” You can read their story by clicking here.

The city of Plymouth and those communities with historic connections to the Mayflower journey will commemorate the 400 year anniversary in 2020. It will provide a platform for a national and international celebration.

You can visit the world-famous Mayflower Steps, the spot close to the site on The Barbican from which it is believed the Pilgrims set sail for North America in 1620. The Mayflower Steps are flanked by the British and American flags and mark the final English departure point of the Mayflower. The actual steps the pilgrims left from no longer exist. A granite block bearing the ship’s name marks the approximate site, while a tablet commemorating the voyage was erected alongside in 1891.

Set over three floors, the Mayflower Museum uses interactive graphic panels to let you explore tales of merchant families, the fishing industry, the military harbour and emigration to the New World. Start your journey by stepping onto the top floor balcony to enjoy fantastic views across Sutton Harbour. You will travel through time from the early beginnings of Sutton Harbour, then a rocky natural harbour, through to the thriving tourist destination we see today.

Opened in September 2020, The Box is a flagship museum and cultural centre for Plymouth.  The Box will house archives and a dedicated Mayflower exhibition, and an internationally important exhibition about the Mayflower that will debunk myths and tell the story of one of the world’s most significant journeys. It will feature 300 items, on loan from 100 museums, libraries and archives from around the world, including Native American items from The National Museum of the American Indian and the Harvard Peabody collection. The exhibition will be free to Plymouth residents and under 18s. Tickets for non-residents will be just £5.

Explore Plymouth and The Mayflower Trail taking in some of the landmarks and buildings the crew and passengers visited.  The app will give you a glimpse of Plymouth in 1620 stopping at historic sites that include the Old Customs House, Blackfriars Plymouth Gin Distillery, St Andrew's Minster Church and The Prysten House.

With events bringing the route to life through the year. For the full experience, download the interactive Plymouth Trails app and choose from the three core self-guided trails – Mayflower, Hoe or City Centre. The Plymouth Trails app will be available to download for free on both Apple and Android devices. See the promotional video:

Plymouth is developing a world-class culture and heritage programme for Mayflower 400 until July 2021.  There will be moments to mark 400 years of the sailing of the Mayflower from Plymouth, with a calendar with city-wide events and exhibitions ranging from art, music and theatre to installations and festivals. Highlights include:

The Box is a major new cultural and heritage attraction which is set to open in Plymouth. The Box will transform the City Museum and Art Gallery, former Central Library and St Luke’s Church building. In its place will be a venue and visitor experience fit for generations to come. With an unforgettable programme of activity that will be a highlight of the Mayflower 400 commemoration. Plus, an internationally important exhibition about the Mayflower that will debunk myths and tell the story of one of the world’s most significant journeys.

Some Call It Home

The Arts Institute at the University of Plymouth presents Some Call It Home, a new multi-media music drama showing at Theatre Royal Plymouth, focused on the critical issue of our fraught relationship with our home, our planet. After their treacherous Atlantic Crossing, how did the Pilgrims' leader react to reaching land? 200 years later, whose destiny was "manifest"? And who are today’s Pilgrims? With live music and international star soloists, this hard-hitting work of art explores how we have carved destinies by pitching dominion of our land against stewardship, from 1620 to the present.

The second in a series of classical concerts for Mayflower 400 will take place at St Andrew's Minster with an organ recital by Richard Line, plus premières of works by Plymouth composer Clive Jenkins and Harvard University organist Carson Cooman. This new music will later tour and feature in the recital series at Harvard University in October. Ticket details are to be announced.

People across the city will take part in a mass street dance organised by the award-winning Street Factory, reaching from the Barbican to the Hoe in a bold and contemporary interpretation of the Mayflower story. This will incorporate four hip hop theatre pieces, telling real-life stories through the cornerstones of hip hop culture - b-boying, graffiti, MCing, rapping, poetry, spoken word and DJing. They will be inspired by core the Mayflower’s values - freedom, humanity, imagination and the future.

Traditionally held in Lympstone but transferred to Plymouth for this extra special year, The Royal Marines Rehabilitation Triathlon, injured serving and former tri-service men and women will compete with a swim at Tinside, cycle ride and static row on Plymouth Hoe promenade. It is hosted by the Royal Marines.

On 10th July 2021, Plymouth's heritage as one of the world's foremost Naval bases will be celebrated, with its heritage dating back to 1691. In partnership with the US and Dutch Armed Forces, The Mayflower Muster, a spectacular festival including live displays, interactive demonstrations and a host of other activity will take place over two days, signalling the end of Mayflower Week.

On 11th July 2021, a four-nation civic ceremony commemorating the Mayflower’s journey and legacy. It should have happened on the day of the Mayflower departure 16th September 2020 but was postponed due to COVID-19. The ceremony will be attended by representatives from the UK, US, Netherlands and Wampanoag. The Mayflower Ceremony will be a major public event with a 1,000 voice choir and the full orchestra of the Band of HM Royal Marines Plymouth. 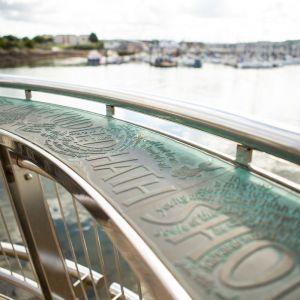 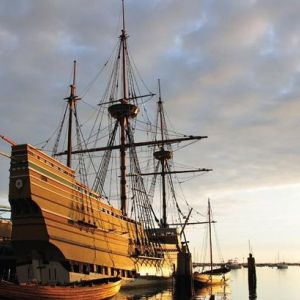 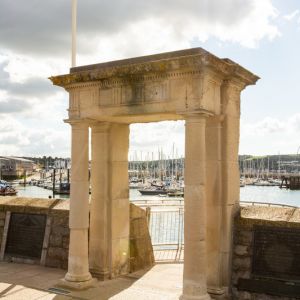 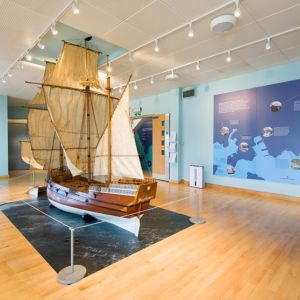 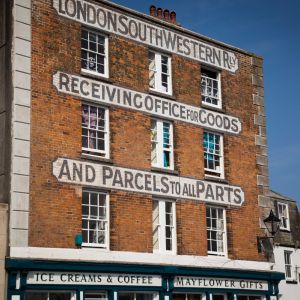 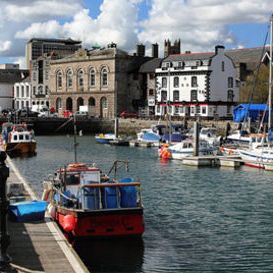 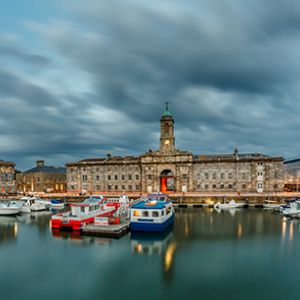 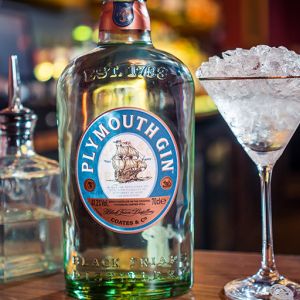 The Barbican is a 19-minute drive from Future Inn Plymouth.  Alternatively, it would take around 34-minutes on public transport or 26-minutes by bike.

Future Inn Plymouth is an ideal base for the night offering various sized rooms including ones that can sleep up to four adults or a family.  Perks include free car parking and free wifi. With our super flexible rates, you can book with confidence when staying at Future Inn Plymouth. Book direct for the best available rates on our website or by contacting the Reservations Team on 01752 701000 or reservations.plymouth@futureinns.co.uk.

Fishbone Restaurant is ideal to fuel up before or after the event. Every day the team serve breakfast, lunch, afternoon tea, evening a-la-carte or traditional roasts on Sunday.  A large selection of drinks is also available including cocktails all of which are £7. Under 5's eat for free with a paying adult, and the offer is extended to under 12's during the school holidays. Bookings can be made on 01752 701000 or fishbone@futureinns.co.uk.  Alternatively, you can book online: