From theatre shows, to stand up comedy or live performances there is something for everyone to enjoy

Catch some of your favourite music events and performances coming to the South West premier entertainment venue; the Plymouth Pavilions is located just 20 minutes from Future Inn Plymouth.

It is the south-wests largest purpose-built entertainment attraction and even has an ice rink.  From theatre shows, to stand up comedy or live performances there is something for everyone to enjoy. Plymouth Pavilions is one of the only indoor centres with an Ice rink in Devon. On the Rink, they host under 18 nights, family sessions and even entertainment.

The Plymouth Pavilions has its own box office and ticketing platform for Ticketing purchases, this is called The Ticket Store. As of 2018 Plymouth Pavilions launched 'Pavilions Introduces', an intimate academy sized gig night for established and upcoming south-west talent. The first night featured the South Wests Land of the Giants with support from London based band Tankus The Henge.

The arena is home to the Plymouth Raiders professional basketball team, who compete in the elite British Basketball League. The Raiders have one of the biggest fan bases in British basketball, and games are often played in front of sell-out crowds of up to 1,480 people. The arena has been home to the Raiders since 1996 when the team moved in from the nearby Mayflower Centre looking for a bigger venue to play at.  The venue is one of the most unusual looking basketball arenas in the country, with one large two-tiered stand and a smaller temporary stand situated on the event's stage. It is known for its off-court entertainment including spectacular in-house sound and light shows with pyrotechnics. 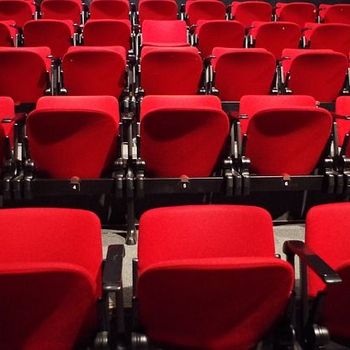 The Ticket Store Box Office is -

The Plymouth Pavillions is an 18-minute drive from Future Inn Plymouth.  Alternatively, it would take around 29-minutes on public transport or 26-minutes by bike.  It would take approximately 1 hour and 18 minutes to walk from the hotel.

Future Inn Plymouth is an ideal base for the night offering various sized rooms including rooms that can sleep up to four adults or a family.  Perks include free car parking, free wifi and a complimentary robe and slippers. Book direct for the best available rates on our website or by contacting the Reservations Team on 01752 701000 or reservations.plymouth@futureinns.co.uk.

Fishbone Restaurant is ideal to fuel up before or after the event. Every day the team serve breakfast, lunch, afternoon tea, evening a-la-carte or traditional roasts on Sunday.  A large selection of drinks is also available including cocktails all of which are £7. Under 5's eat for free with a paying adult, and the offer is extended to under 12's during the school holidays. Bookings can be made on 01752 701000 or fishbone@futureinns.co.uk.  Alternatively, you can book online: