Kick off the Christmas season in style at our popular party nights in Plymouth available throughout December 2019.

Indulgent festive food, unforgettable festive vibes, right in the heart of Plymouth.  Whether you are planning a Christmas Party Night with colleagues, friends or family - we've got you covered.

When looking for a "Christmas Party Venue near me", our party package can be booked for a private party throughout the week or our joiner events on Friday or Saturday night, from 7pm.

Pull a traditional cracker before enjoying a festive 3-course meal, followed by a freshly brewed tea or coffee.  Step onto the dancefloor with entertainment from the tribute entertainer of the evening followed by our resident party DJ who will be playing Christmas classics and dancefloor fillers.

From 7pm with dinner served at 8pm

To book your space or for further information please contact:

Traditional roast turkey wrapped in bacon with sage and onion stuffing, pigs in blankets and a rich red wine jus (gf on request)

Dietary requirements ~ If you require a vegetarian or vegan menu or have a medical allergy please mention this when booking.  It may mean that some items will change.  It is essential that these are pre-ordered. 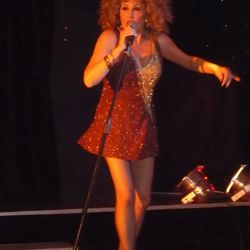 Songwriter, actress and internationally acclaimed as 'The Best' Tina Turner vocal and visual impersonator. Paula is the only triubute act performing lightening changes in one complete show.

The show is a dynamic reproduction highlighting the famous songs of Tina Turner and thier iconic replica costumes. Paula has been described as 'as close to Tina Turner as a girl can get' and is proud of it.  She has the same agressive strut and husky belting voice.  Her energetic performance will leave you thinking you have seen the real Tina Turner singing.

Paula's show includes the classics, 'Goldeneye', 'Proud Mary', 'Simply the Best', 'Steamy Windows', 'When the Heartache is Over', 'On Silent Wings', 'Don't Want To Fight' and 'What's Love Got To Do With It'.

Not sure what to expect? Check out her showreel

A massive music fan, Jamie pays tribute to his contemporary hero Michael Bublé, often referred to as the best soundalike in the tribute market toady, the show is in constant demand across the UK and abroad, bringing a tailored, professional and consistent approach to live performing, adding so much more than just a tribute show, this meticulously thought out, studied and uncanny performer is certainly one to watch. With terrific detail, the moves, the look and of course the voice, Jamie is certainly at home when he is on stage.

Jamie's show contains all the hits opening with Bublé's classic version of "Fever".  His show takes you on a journey of Bublé's greatest Hits including " Home" "Haven't Met You Yet" "You Make Me Feel So Young" and many many more.

Not sure what to expect? Check out his showreel 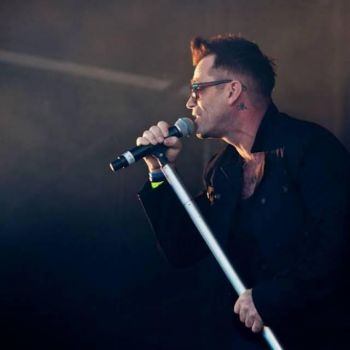 The Highly Acclaimed Mike Andrews has quickly become one of, if not ‘the’ No 1 Robbie Williams tribute act in the world gaining recognition from Robbie Williams himself and Robbie’s father Pete Conway. Mike's extremely unbelievable resemblance to Robbie including his mannerism’s, his look, even his cheekiness on stage, not to mention his vocal similarity, (it’s actually quite spooky!), are second to none, even down to the tattoo’s.

Mike has sung with Robbie Williams himself at his Swings Both Ways concert at Leeds First Direct Arena in June 2014. He has also had the pleasure of performing at Robbie’s 40th Birthday Party at RWFanfest in Burslem where he sang with Robbie’s dad, Pete Conway, and performed his tribute show to hundreds of Robbie fans from around the world.

Not sure what to expect? Check out his showreel