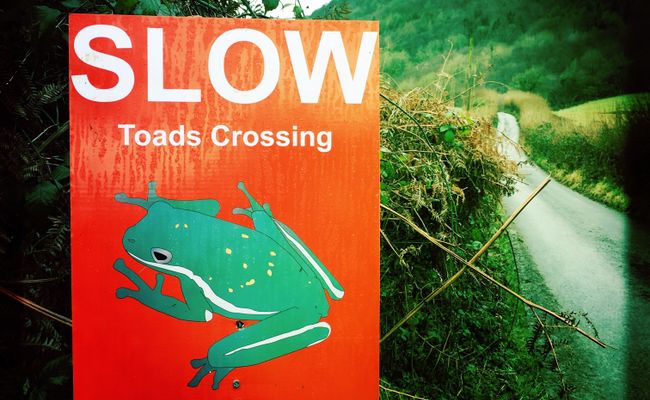 Recently I left for my local ride. The day was broody, with clouds bubbling on the horizon. A light wind provided winter refreshment, a wind that was less keen than usual, possibly with a sense of spring on it. I headed along the Taff Trail, leaving the city boundaries at Tongwynlais and started the climb over Caerphilly mountain. I passed Castell Coch (‘The Red Castle’) a Victorian folly that draws visitors and TV production companies from near and far. The road winds and climbs, passing Mountain View Ranch adventure centre, the Black Cock Inn (a fine public house) and over the top of the mountain. The green hills in the distance where shadowed by mist but still inviting.

The descent into Caerphilly is a fast, twisty adrenaline rush. Famed for its appearance in both the Tour of Britain and the Velothon, The ‘Col Du Caerphilly’ has become a local cycling icon, with 7 possible cycling climbs, all promising oxygen debt and spoils to the victor. The road leads directly into Caerphilly itself and to the uninitiated, a shock; Europe’s largest Norman Castle stands proud in its moat, keeping modernity at bay. A quick whizz around its medieval frontier and I was soon climbing again to Senghenydd Moor, a hill top with fine views of Pontypridd and its valleys. The moor is also home to the St Ilan Church whose origins can be traced to the 6th century.

I began my return to Cardiff at Pontypridd, climbing the hill that passes the busy, convivial surrounds of the University of South Wales, toward Tonteg and eventually Gwaleod-Y-Garth. Here I stopped, to grin, photograph and keep my eyes peeled; it’s not every day you pass a sign that says ‘SLOW. Toads Crossing (by order of the Republic of Gwaleod-y-Garth)’. In South Wales, nature, urbanity and former industry sit cheek by jowl.

I arrived home, made a large mug of tea, sat in the garden with a biscuit  - those threatening clouds had long since dissipated – and reflected. There can’t be many places in the UK where you can embrace hills, castles, pubs, ancient churches, universities and toads crossing roads, all in the space of two hours. That tea tasted just a bit sweeter.