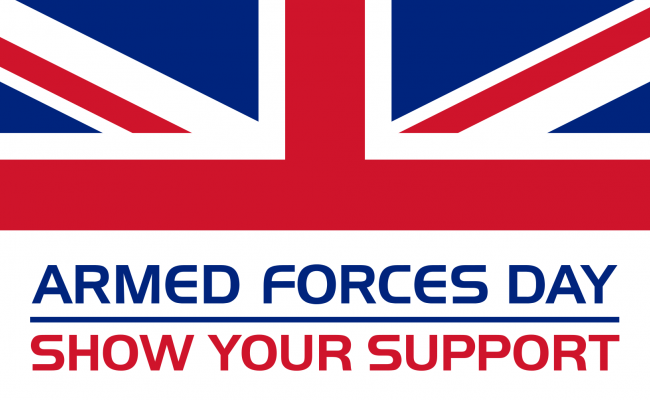 Every year in Plymouth Armed Forces Day is celebrated, taking place on Saturday 29th June 2019 this year. The day is a fantastic opportunity for everyone to show their support to the men and women who make up the Armed Forces community, currently serving, reservists, veterans and cadets.

Head to Plymouth Hoe for a day filled with excitement and fun, all for free.  Starting at 10am Armed Forces Day runs until 10.30pm, with plenty of activities including, military vehicles and equipment, live music, a thrilling air display with the RAF Red Arrows, parades and marching bands, plus an exciting arena programme to enjoy.

The start of the day will see the Parade of Standards, as veterans and cadets march across the Hoe promenade. Throughout the day, visitors will be able to watch the Field Gun competition with tri-service teams competing for the prestigious Babcock cup, the Unarmed Combat Display by 30 CDO Stonehouse Royal Marines and performances from bands including the City of Plymouth Pipe Band and the marching band of the Royal Marines, Plymouth.

From 5pm, an air display will take to the skies, starting with the Navy Wings Heritage Flight Sea Fury, followed by a flypast an RAF Spitfire plane. The closing show will be from the spectacular RAF Red Arrows, which will be performing for the first time since their appearance at Armed Forces Day in 2012. 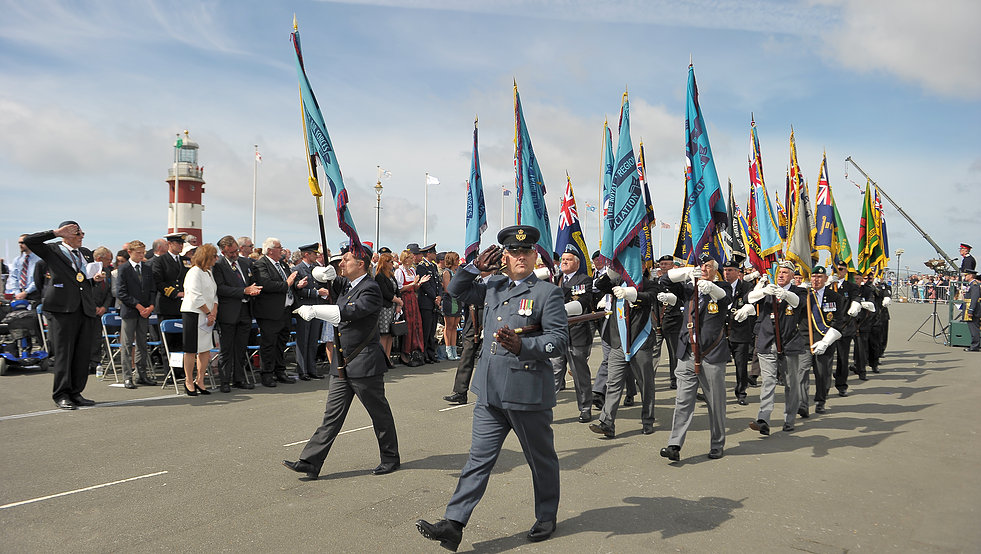 Across the Hoe, a number of ‘villages’ will showcase the Royal Navy, Army, RAF, Royal Marines and the emergency services, with vehicles and equipment on display, information about recruitment and military personnel to meet. The Veteran’s Village, supported by Royal British Legion, will also see more than 60 local charities and organisations showcasing their work, offering information, advice and support. The Veterans’ village, sponsored by the Royal British Legion, will have over 70 organisations and charities providing information and support on a wide range of issues.

The main stage will host performances from local choirs and groups throughout the day, including the Community Military Kids Choir and the Military Wives Choir.

The day finishes with a lively evening concert, sponsored by C & G Catering, where you can dance the night away with the HM Royal Marine Function Band Plymouth, Scarlett Lee, last year’s X-Factor runner-up, Tom Jones tribute act, and the Masters of Madness, One Step Behind, who are sure to have the crowds jumping!

Plymouth Hoe is a 16-minute drive from Future Inn Plymouth.  Alternatively, it would take around 39-minutes on public transport, or 27-minutes by bike.  It would take approximately 1 hour and 25 minutes to walk from the hotel.

Future Inn Plymouth is an ideal base for the night offering various sized rooms including ones that can sleep up to four adults or a family.  Perks include free car parking, free wifi and a complimentary robe and slippers. Book direct for the best available rates on our website or by contacting the Reservations Team on 01752 701000 or reservations.plymouth@futureinns.co.uk.

Fishbone Restaurant is ideal to fuel up before or after the event. Every day the team serve breakfast, lunch, evening a-la-carte or traditional roasts on Sunday.  A large selection of drinks is also available including beer, lager, cider, wine, spirits and soft drinks as well as signature cocktails all of which are £7.